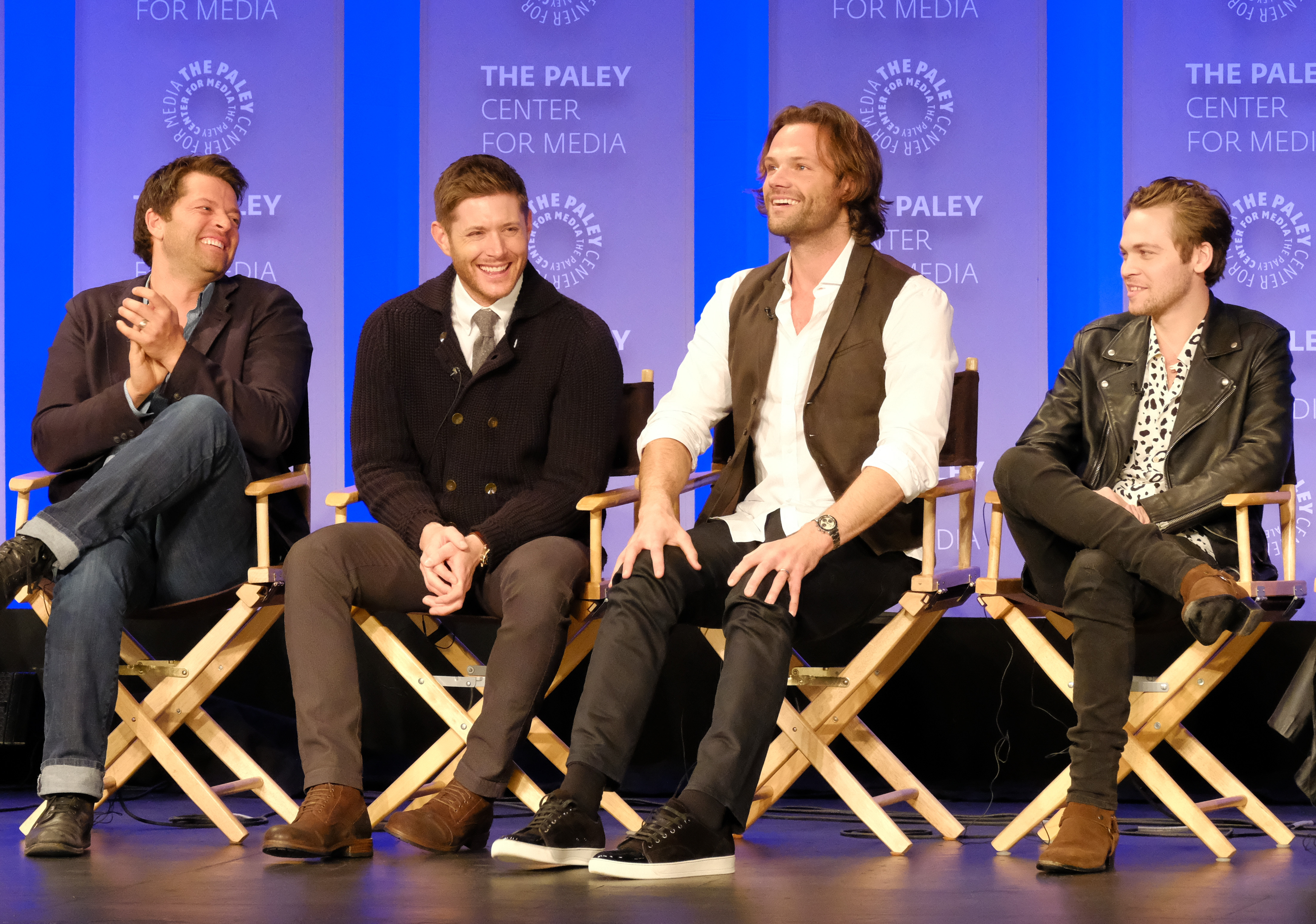 HNS attended the PaleyFest panel for Supernatural at the Dolby Theater where we were treated to the world premiere screening of Scoobynatural, the upcoming animated Supernatural and Scooby-Doo crossover episode. In attendance were Jensen Ackles, Jared Padalecki, Misha Collins, Alexander Calvert, Robert Singer, Andrew Dabb, Eugenie Ross-Leming, and Brad Buckner.

Supernatural fans in attendance at PaleyFest were treated to an advance screening of the crossover episode “ScoobyNatural.” It was revealed that the episode took a year to complete! The episode is directed by Robert Singer and written by the team of Jim Krieg and Jeremy Adams, who are writers for Scooby Doo. Judging from the many laughs in the audience and the overall reaction, I think it’s safe to say that this episode will definitely be a fan favorite.

The last time Supernatural attended PaleyFest was in 2011, and finally after 7 years the cast returned to discuss what’s coming up for Sam and Dean Winchester and to reflect on the past 13 years.

Some of the highlights of the panel include:

Supernatural airs Thursdays at 8/7c on The CW.