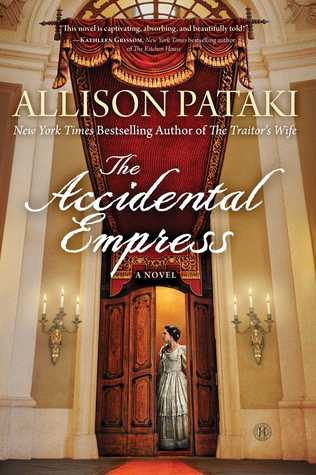 According to Variety, H2O Motion Pictures is currently developing The Accidental Empress by Allison Pataki. The studio is aiming for a miniseries, the novel is about Empress Elisabeth of Austria. You can read the full scoop below:

Andras Hamori’s H2O Motion Pictures is developing a pair of miniseries based on Allison Pataki’s novels about Empress Elisabeth of Austria, Variety has learned exclusively.

The company has optioned “The Accidental Empress” and “Sisi: Empress on Her Own.” Pataki is the daughter of former New York governor George Pataki.

“The Accidental Empress” revolves around the tumultuous love affair between Elisabeth (Sisi), the daughter of a Bavarian duke, and the young emperor of the Austro-Hungarian empire, Franz Joseph Habsburg. Sisi was originally sent to chaperone her older sister on her first visit with the emperor.

“Empress on Her Own” follows her struggle to assert her right to the throne beside her husband, to win the love of her people and the world, and to save an empire. She had married Franz Joseph in 1854 at the age of 16 and was killed by an anarchist in 1898.

Hamori will produce, Julia Rosenberg will co-produce and Anonymous Content’s Doreen Wilcox is an executive producer on the project — planned as two four-hour miniseries.

Pataki also authored “The Traitor’s Wife: The Woman Behind Benedict Arnold and the Plan to Betray America.”

Variety reported in February that H20 Pictures was developing Dan Mazer’s rock-star comedy “Stiff,” the thriller “American Solo” and the biopic “Herzl,” based on the life of political activist Theodore Herzl — one of the key players in the creation of the state of Israel.