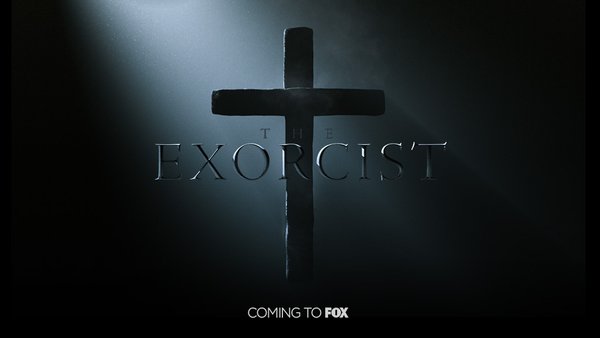 HNS attended an advanced screening this week of the Season 2 premiere of FOX’s The Exorcist along with a Q&A with cast members Alfonso Herrera, John Cho and Brianna Hildebrand and Executive Producers Jeremy Slater and Sean Crouch. We were totally blown away by what we saw. Read on to find out why!

What we can expect this season

This season, the producers of the show wanted to hit the ground running and keep the focus on family. However, that family won’t be the Rance family we all grew to love in Season 1. Rest assured though, because from what you will see in Episode 1, you will be just as hooked on this family. What I can tease about this new family is that it consists of a single foster father (John Cho) who has 5 foster children/ teenagers living with him. You can tell right away that each foster child is unique in different ways. You can also tell right away that this is the perfect set-up for this show. I seriously can’t wait to see how all of their stories unfold.

Essentially in the premiere, you have two completely separate storylines. We haven’t yet seen how they will intertwine, but we do know that they are going to. We have the foster family storyline that is brand new, and we also have our beloved priests returning this season. The first episode has the priests trying to perform an exorcism on a woman whose husband is against it, and a rather surprising battle between these two sides ensues.

The first season’s major twist with the reveal of Regan is one thing that you won’t be seeing this season – there will be no more straight up Exorcist twists based on the original. Though Executive Producer Jeremy Slater did joke that, “We like twisting heads around. We like vomit.” So don’t fret, you will still get plenty of gore and plenty of jaw-dropping creepy special effects. This I can personally vouch for even having just seen the first episode.

Executive Producer Sean Crouch explained that though the energy they’re applying in season 2 is the same as season 1, the tone and the atmosphere are different.

The Priests are back

The dynamic between the two priests will be a little different this season. Without giving too much away, you can expect to see a revolution of sorts in their relationship. The producers spoke about how their goal this season for Thomas was to elevate him to where he is no longer the apprentice. A point you can see Thomas arguing for in the premiere. He spent a year under Marcus’s wing, and he is ready to be taken more seriously and to make more of the decisions. This just spells drama and conflict and I can’t wait to see how this unfolds.

Marcus, as we saw in season 1, is all about doing things by the book. This creates conflict with Thomas, as something happens in the premiere to Thomas – which you also saw in season 1 – that makes Thomas not want to go by the book so much. I don’t want to spoil too much about this because I can foresee this playing a big role in the season and I think it would be best to see it play out organically. At the end of the day though, these two have created a brotherhood and are banded together in a really impenetrable way.

In regards to the acting (which is superb,) Herrera gives a lot of credit to Ben. He talks about their dynamic on set and said that he tries to connect with him in scenes, and Ben makes it so easy. This elicits a response from Slater of their modesty. Slater credits them as being the hardest working actors around, and spoke about the long rehearsals and preparation and their dedication on set.

In the premiere episode, we are introduced to a whole new set of characters. One such character is Andrew Kim (John Cho), a sweet foster parent who has a house-full of older foster children. It is so refreshing to see a foster parent shown in a positive light in the media for once. So many times you see films showcase foster parents negatively, and The Exorcist does the exact opposite. We don’t get to see too much of his backstory in the first episode, but what we do see is intriguing and I can’t wait to learn more.

Cho talked about how the characters are very deep and expansive. He also spoke about how having a foster family instead of a biological family is more precious because it is more fragile. This is a point I’d never thought of until now, but rings so true. There’s a completely different dynamic with a foster family and feelings of vulnerability that aren’t present with a biological one. Cho will win over hearts with his character. He exhibits patience and a deep compassion that will have audiences rooting for him.

Brianna Hildebrand is one of the foster youth living in the house, and by the end of the first episode, we’re only just beginning to see what she’s like. What Hildebrand did tease about her character, is that her religious views play an interesting part in her characters dynamic with a fellow foster youth in the home with opposing views. This creates conflict in the home, and she spoke about how the other foster kids might live blinded, but her character does not. She has a no bullshit attitude that allows her to see things a bit more clearly without so much emotion involved.

Uniqueness of the show

The show is very inclusive diversity-wise. This is extremely important and was a selling point for Cho when he was considering the project. He spoke passionately about how when you have a show with more diversity, people are more inclined to care because it’s more realistic to the world you walk around in. Herrera echoed this thought and spoke about how it was important to him that as a Latino, the show didn’t conform to any stereotypes.

Slater credits FOX for this as they have mandates on diversity and are a studio that actively addresses diversity. TV is especially including more voices than ever and people are taking notice. And The Exorcist is the epitome of that.

Season 2 is off to a great start, and I really can’t stress enough how intrigued I am to watch this season. You can catch the Season 2 premiere of The Exorcist Friday night on FOX!