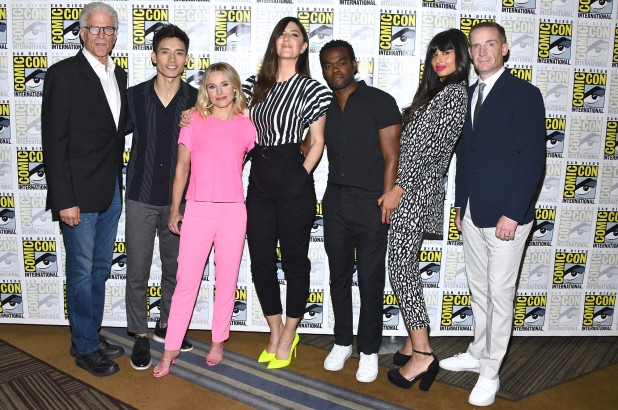 Holy forking shirt, you guys! San Diego Comic-Con took us to the literal Good Place this year. (Or was it actually the Bad Place? — you can never be too sure!)

Hollywood News Source had the chance to chat with the stars of The Good Place at San Diego Comic-Con 2019. The show will be kicking off season 4, the final season, this fall. To gear up to say goodbye to all your favorites, we have insight from the cast. However, we were unable to get William Jackson Harper and Kristen Bell to tell us what’s to come between Chidi and Eleanor. I tried!

We have faith that the ship will be totally forking fine by the end. Hear what castmates Ted Danson, D’Arcy Carden, Kristen Bell, William Jackson Harper, Marc Evan Jackson and Jameela Jamil have to say in our exclusive interviews: