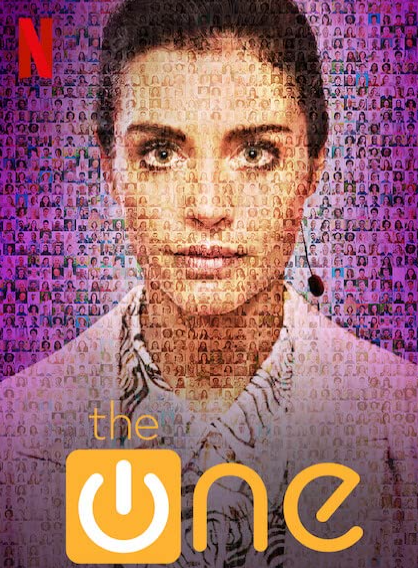 Netflix and creator Howard Overman brings you this original new sci-fi series based on the book by John Marrs ‘The One’. Set in London, the show stars Hannah Ware (Big Boss-TV Series) as Rebecca Webb, the founder and CEO of this billion pound tech company ‘The One,’ the ultimate dating and matchmaking App worldwide. The app has discovered how to create accurate love matches using human DNA to find your soulmate. The moral and political consequences begin to open up a Pandora’s box of explosive revelations from Rebecca Webb, the scientist and genius behind the whose own dark past begins to pour out, affecting all those involved such as colleagues, friends and family.

It starts to leave those involved with the question: how much are they willing to give for the fairytale ending? The metamorphosis Rebecca Webb goes through as a young, idealist, hungry scientist to the now accomplished stoic, well-put together billionaire full of secrets is a fascinating insight into the human psyche. The consequences on colleagues, the customers that use the App worldwide, prove to have exhilarating and devastating implications on all involved. In using science instead of the human heart, it unfortunately does not change the dark human nature, such as greed, envy, deceit, jealousy, betrayal, lies, power to name but a few.

Rebecca meets her match in the form of Detective Kate Saunders played by Zoe Tapper (Liar TV Series), the determined and ambitious police officer who begins to investigate the dark secrets behind the empire that is The One app. The deeper she investigates, the bigger the stakes are raised as more people begin getting caught in Rebecca Webb’s secrets and perilous house of cards. It begins to not look secure, and Kate shows that she will stop at nothing to find the truth no matter what the shocking implications are, even if it affects herself.

On a recent interview about The One on the podcast Must Watch: Netflix Edition, here are some of the things Actress Hannah Ware said:

A young, married couple who get affected by this whole situation are journalist Mark Bailey and his endearing wife Hannah Bailey, played by Eric Kofi-Abrefa and Lois Chimimba respectively. The One app causes curiosity and insecurities in equal measure, but once Mark and Hannah begin this path, they both discover that it may be impossible to go back to how things were, confronting the question do you allow science to choose who you love? Or do you allow the human heart and your own soul to do that? Netflix’s The One reached number one on Netflix’s top 10 most watched, as it turned out not to be so black and white when it comes to love.

The One: Season 1 is available to stream on Netflix