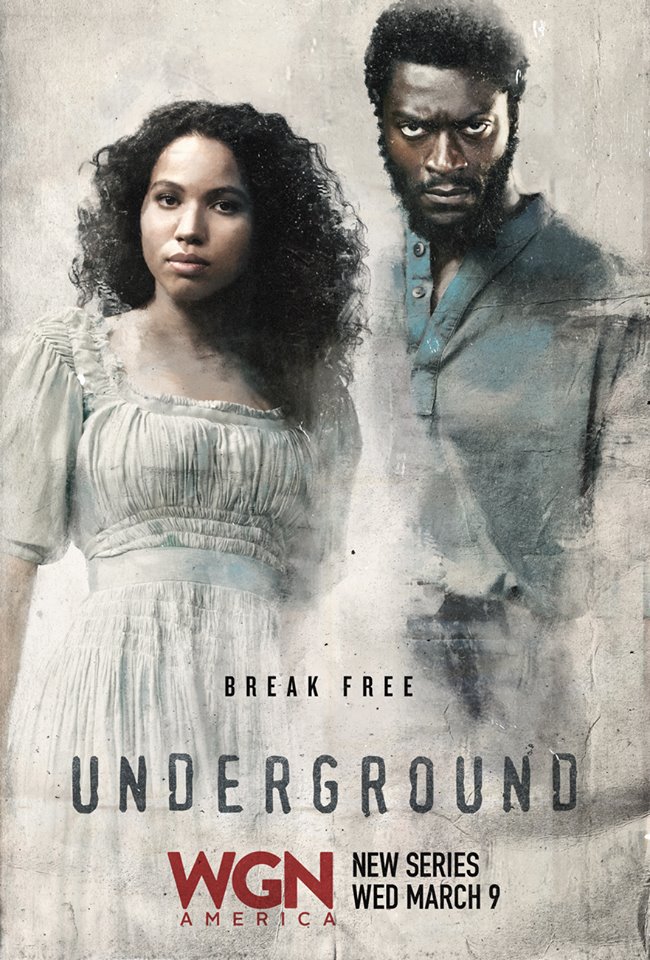 WGN America has released a trailer for season 2 of Underground. Underground centers on a group of slaves planning a daring 600-mile escape from a Georgia plantation. Along the way, they are aided by a secret abolitionist couple running a station on the Underground Railroad as they attempt to evade the people charged with bringing them back, dead or alive.

Here’s the trailer for Season 2.

The 10-episode Season 2 of Underground follows the struggle for freedom within a divided America on the brink of civil war, each side vying to enact their own justice. Set in the aftermath of the Macon 7’s daring attempt to stage the greatest escape in history, this group of American heroes continues on their harrowing journey to freedom, with legendary abolitionist Tubman blazing the trail.

The show returns on Wednesday March 8, 2017 on WGN America.