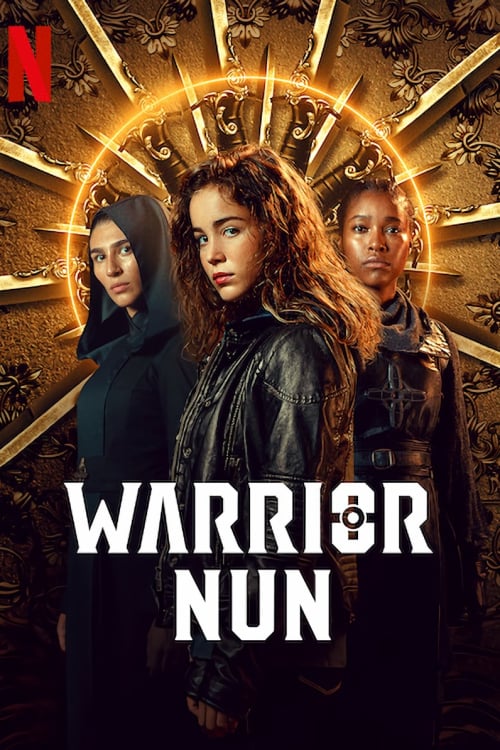 From showrunner /creator Simon Barry (Continuum) and Netflix comes this fantasy/sci-fi/action and adventure. Warrior Nun is a 10 episode supernatural drama based on the graphic novel Warrior Nun Areala. The comic was published in 1994 and created by Ben Dunn.

After waking up in a morgue, orphaned teen Ava (Alba Baptista) discovers she now possesses supernatural abilities as the chosen Halo Bearer for a sect of demon-hunting nuns named the Order of the Cruciform Sword. She comes into conflicts with forces who want to control and find out the secrets of hell and heaven itself.

Ava soon discovers secrets about herself and the new world that she inhabits that are not black and white, but show various shades of grey that shall question her own allegiances in the battle between good and evil. She is aided in this battle by Father Vincent (Tristan Ulloa) and her fellow warrior nuns, sisters Beatrice, Mary, Lilith and Camila. A cool soundtrack from Spanish singer/songwriter Rosalie –A pale, complements the European feel of the show as featured on the trailer.

Warrior Nun: Season 1 is available to stream on Netflix