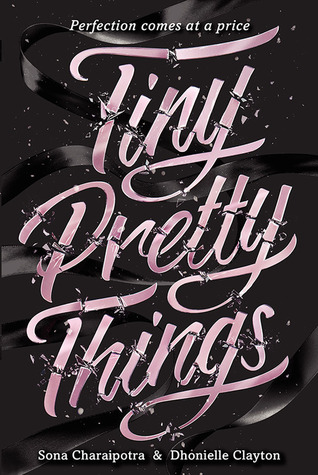 The sequel to Tiny Pretty Things titled ‘Shiny Broken Pieces‘ recently came out, and is now available wherever books are sold. Written by Cake Literary duo Sona Charaipotra and Dhonielle Clayton, the series follows the story of three teenage ballerinas competing for their high-stakes dreams.

Tiny Pretty Things has been pegged as “Black Swan meets Pretty Little Liars.” Though, I personally reckon this series is heaps better for a handful of essential reasons. For one, Charaipotra and Clayton’s ballet world isn’t devoid of colors. The story bared the biased discrimination and racism of this environment. It’s pretty spot on and it was particularly woven in a subtle way. The authors didn’t erase the existence of people of colors who are thriving and defying the whiteness of their profession.

The story also addresses white privilege which is more relevant than ever. Here’s one of my favorite parts:

“He said you and Sei-Jin and a few of those other Korean girls work too hard and don’t get enough credit. You know, he said Sei-Jin was probably the best dancer we have, but Mr. K doesn’t like her face? It’s disgusting, really.”

It’s so strange to hear him talk about the racist issues in the ballet community like he’s part of them, and experiencing them. Maybe dating Gigi has opened up his eyes a bit. But it’s not like he’ll do anything about it. Not really.

I still say nothing. No one wants to talk to the most privileged boy at school about the stuff nonwhite girls face in ballet.

It perfectly sums up white privilege, and the humane state of our society. The reluctance of white folks to uplift the voices of minorities, or to take action. It’s also a perfect instance to show, we shouldn’t undermine teenagers and their valid capabilities to care about real world issues. It speaks volumes especially if you are socially aware. Secondly, the feminist and empowering anthem of the book. Now, some people might disagree with me. The girls’ relationship with each other is quite savage and toxic, but you have to read the next book to find out!

We have unlikable heroines. The non-glamorization, brutal portrayal of unlikable girls. We get to see them make bad decisions, get messy. There are times you’d question their intent and sincerity. They are ferocious like lionesses. There is a rawness, but we also get to see them stitched themselves back again. We need to normalize this particular narrative in YA or in any other genre that have a docile, unrealistic expectation of women.

Underneath it all, Tiny Pretty Things surpasses every single list of my criteria. There’s authenticity, depth, and a bit of romance to top it off. The cutthroat suspense of events will certainly keep readers on their toes. Pick up your copy now, and support your local girl gang.