Lucas Film’s senior editor Jen Heddle discusses why you should be excited for Claudia Gray’s Bloodlines. It is an upcoming novel set in the years before the events of Star Wars: The Force Awakens.

1. How and why the Resistance was formed. One thing we know about Leia is that she’s always willing to do the work. She just wants to Get Stuff Done. So how does the Resistance figure into that? What events would push Leia to break away from the Republic she has dedicated herself to serving? And who was there with her from the beginning? There’s one way to find out…

2. Seeds of the First Order. You’ll get hints (and more than hints) as to what’s up with the players who are working to build the First Order and what they want. And I know you want to know that.

3. Political intrigue. Just what was the state of the galaxy before the First Order rose to prominence? Who was in charge? What were the different factions and what did they want? You’ll see Leia work to uncover questionable alliances and shady dealings, and get in plenty of hot water along the way.

4. Han and Leia. Not satisfied with the bits of Han/Leia interaction we got in The Force Awakens? Looking for more about your favorite pop culture couple? We’ve got your back. Han is a secondary character in the novel, but he and his relationship with Leia get a chance to shine.

5. Outstanding original characters. If you loved Thane and Ciena from Claudia Gray’s first Star Wars novel, Lost Stars, you’ll also love Claudia’s newest young heroes: Joph and Greer. Joph is a New Republic pilot who craves adventure, and Greer, Leia’s personal assistant, has her own yearning for excitement. They are loyal to Leia and her cause — and to each other. You’ll also meet a complicated politician on the opposite side of the aisle from Leia, and get some insights into why not everyone might have thought the Empire was such a bad idea.

6. Rian Johnson’s input. Some of the story ideas and elements in this novel came straight from Rian Johnson, director of the forthcoming Episode VIII. We are indebted to him for his creativity and generosity!

7. Huge revelations. In case you hadn’t noticed, there’s a big Darth Vader head on the cover of the book. Let’s just say that the galaxy finds out a scandalous secret, and you don’t want to miss the fallout!

8. Seeing Leia surrounded by a group of dedicated younger people who support her and know that she’s awesome. Okay, maybe not everyone is as excited about that sort of thing as I am. But I’m mentioning it anyway.

Bloodlines is expected to hit shelves tomorrow! Go get your copy here. 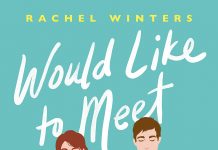