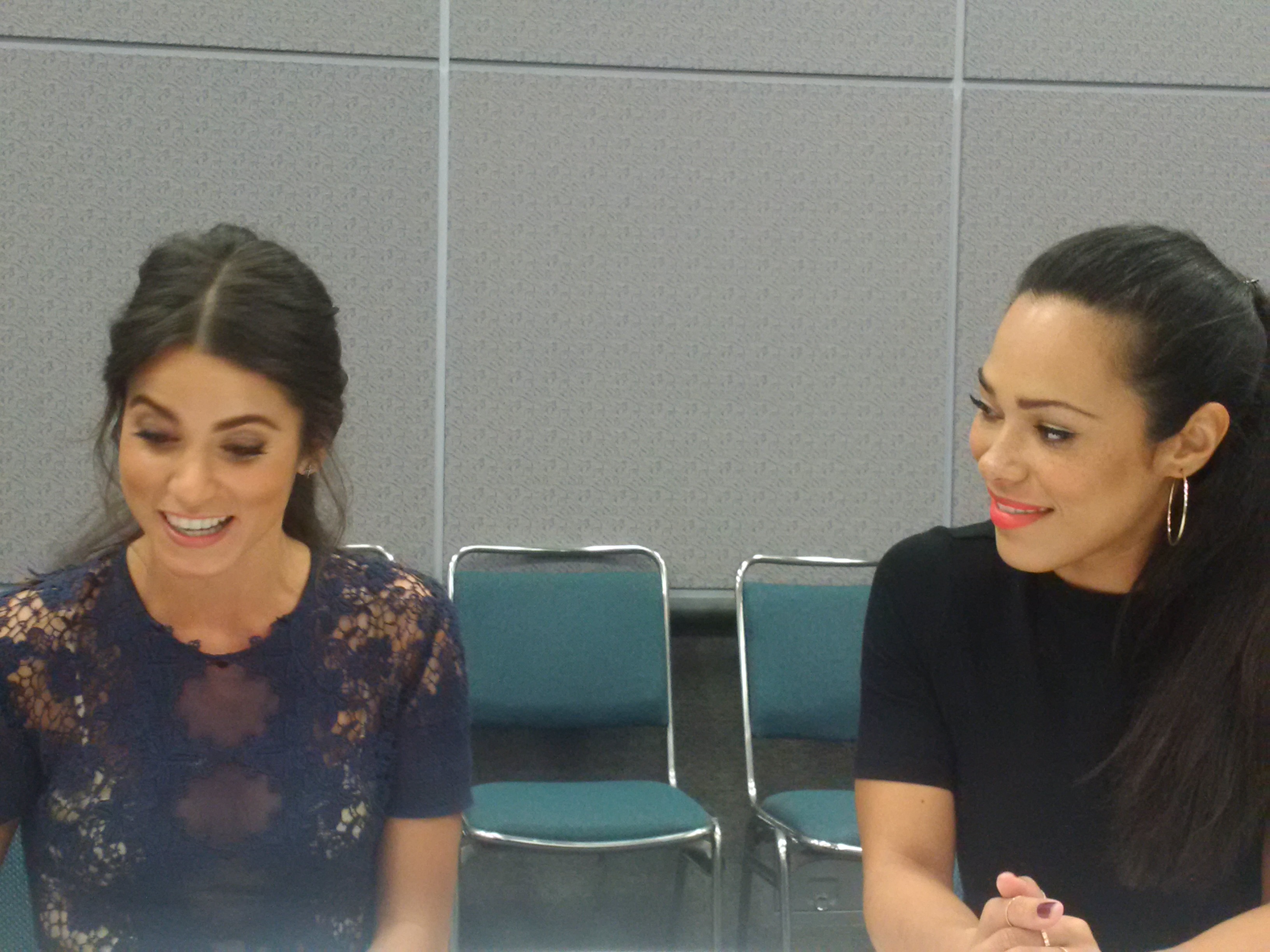 The Sleepy Hollow cast members and writer M. Raven Metzner teased this week’s’ Sleepy Hollow finale at Wondercon two weeks ago, promising that this season would, unlike previous seasons, have a satisfying narrative conclusion. “A big complaint we had in the second season is like, ‘It’s confusing. It doesn’t make sense. Like, why is this happening now?’” Metzner related. “I think in the first season, a lot was forgiven because it was just so exciting, and I think now in the third season we’ve found a way to marry those two things together where our twistery story, if you watch the whole season again, our past history story with Betsy Ross and Crane, it all adds up to an actual story, with beginning, middle, and end. You can check the dates. They all match up. I think it took us until this season to get that right, and I feel like, we’re really comfortable in it, and we hope our audience is too.”

Metzner also addressed the musical-shaped elephant in the writers room, the popular musical Hamilton, and the possibility of more Hamilton references (or possibly even an appearance) should the show be picked up for a fourth season. “In our writers room there’s lots of Hamilton fans. Our writer assistant Keely, you can tweet at her, Keely MacDonald, she’s an obsessive Hamilton fan. She listened to the entire album so many times and learned every single word of it before she went to go see the show, and we talk about it a lot. And we’ve talked about how Hamilton himself could flow into the show.”

But longsuffering classics students will be pleased to know that the writers are aware of the mistranslation of the phrase Pandora’s Box–something the classically educated Ichabod Crane would know–and that the choice to use box was a deliberate one based on recognizability on the part of the audience. “We went back and forth on that box, and we know originally it was an urn or a jar, but there’s also many different Pandora myths, which is one of the reasons why we were excited to use her,” Metzner explained. “We actually talked a lot about that in the writers room, and you’ll see in the finale, Crane himself will call it an urn.” And classics students everywhere rejoiced.

Though show leads Nicole Beharie and Tom Mison were absent, their presence was felt through their costars. Lyndie Greenwood (Jenny Mills) talked about how the relationship between sisters Abbie and Jenny differs from previous seasons. “What I like about this season is that we’ve done a lot of exploring of Abbie and Jenny’s relationship, and we’ve done a lot of trying to get them where they are right now already so, this season has been a really comfortable place for Abbie and Jenny, and all the scenes that we’ve seen for them, they’re just being sisters and like, having fun, you know. I like that that’s sort of the foundation now. They’re kind of a unit now and that’s established.”

New to the show this season, Nikki Reed discussed her character, Betsy Ross, and her relationship with Ichabod and Tom. “I think something that we discovered just with the characters, Tom and I discussed this, and then we really felt that the dynamic is more interesting between them when it’s not about a relationship. When they’re partners, you know, and they’re on a mission together.” Which should help reassure the diehard Ichabbie shippers that Betsy is not a threat to Ichabod and Abbie’s relationship. “I’m with the fans, I understand. I want him [Crane] with Abbie too, just for the record,” Reed added.

Also new this season is Jenny’s relationship with Joe Corbin, played by Zach Appelman, and it was clear through the laughter and teasing that Appleman and Greenwood’s offscreen friendship contributes to their onscreen success. The relationship between Jenny and Joe is an unusual dynamic onscreen, with Jenny’s character being the older partner in the relationship, and the more reserved. Appelman spoke of his appreciation for the way the relationship has allowed the audience to see a different side of Jenny. “I’m happy that my storyline has allowed a lot of exploration for Jenny’s character this season. We get to see a lot of colors of Jenny Mills that we didn’t the first two seasons,” he enthused. “And what I didn’t want was for Joe to come in and be like, “I’m going to try to change you,” like make you like, a nice, docile girlfriend.” Appelman added. “Joe likes Jenny because she’s tough as nails, and she speaks her mind, and she won’t take any shit from him or anybody else, and that’s what he loves about her. So even though he’s been trying to get her to take down some of the walls, it’s not about making her change who she is.”

Appelman also clarified a question asked by fans about whether Joe and Jenny felt like siblings growing up. “I don’t think they really knew each other, because you were off in institutions and juvie, and being sent across the world for missions when Abbie was babysitting Joe, so I don’t think they were raised together, so it’s never felt incestuous.”

Jessica Camacho (Agent Sophie Foster), who is also new this season, addressed what it’s like to come into a show with such a strong fanbase. “You’re not sure coming onto an established show if you fit, if the fans, and especially in the supernatural genre, the fans are vocal. They let you know if something’s working and if it’s not,” Camacho remarked. “I’ve gotten a lot of love from the fans, and you know, they’re like, ‘You fit right into this world,’ and that was what I wanted more than anything else, to fit in.”

Camacho didn’t hide her enthusiasm for the genre aspects of Sleepy Hollow either.“I’ve always wanted to work on a supernatural show, I mean it’s just so much fun,” Camacho enthused. “because everything is possible, so for me like, every day on set was so exciting, like what is that monster doing walking by me right now getting a cup of coffee, like in front of me, this is amazing, this is my life.”

Sleepy Hollow has yet to be renewed for season four, but hopefully high ratings with this week’s finale will mean seeing more of this lovely cast.

For more stories by the author, visit Women Write About Comics!